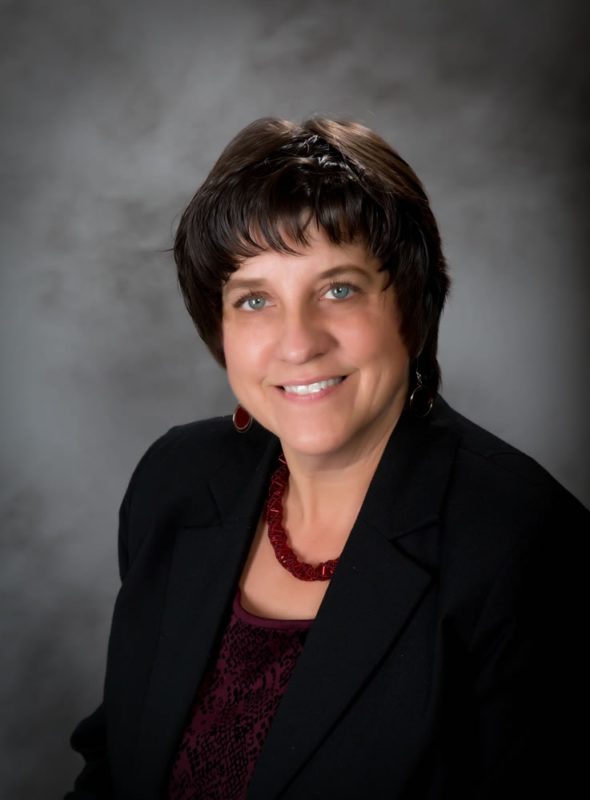 Linda joined Canon Capital in 2005 as a Payroll Processor.  Prior to 2005, she worked at Canon Capital part-time as part of our tax season support team.  She has her Jr. Accounting Certification from Lansdale School of Business and has many years of experience doing payroll, bookkeeping, and tax returns for various accounting firms.  Linda is a member of the Lehigh Valley Chapter of the American Payroll Association.  She is a member of Christ Reformed Church where she teaches VBS, serves on the Peacemakers team, and the Auditing Committee.  Linda’s passion is Operation Christmas Child and she serves as a year-round volunteer.  In her spare time, she enjoys spending time with her family, volunteering for missions’ trips, doing German paper cutting, and shopping for Operation Christmas Child shoe boxes. Linda resides in Harleysville with her husband and has three sons. 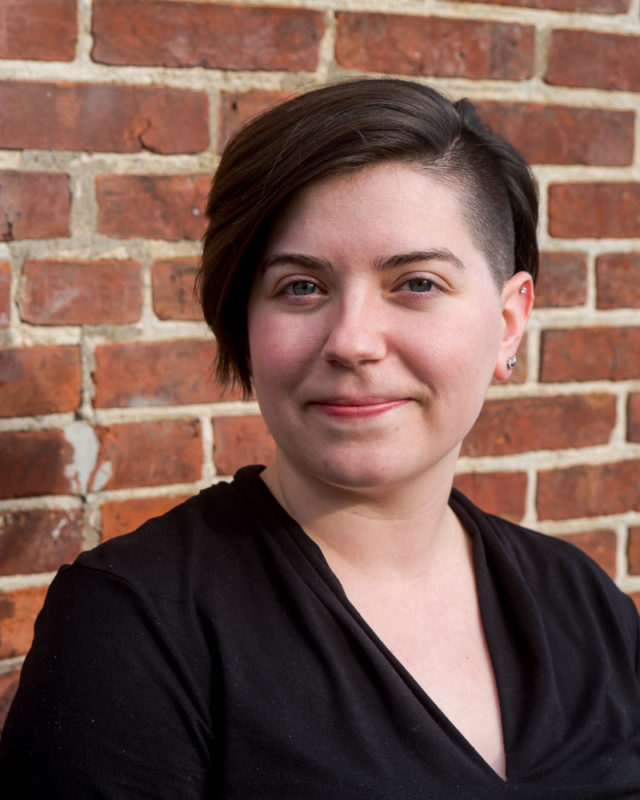 Marissa joined Canon Capital Wealth Management in December 2018. She brings a background in financial services and technology, having served previously as a client and advisor support professional at an investment, insurance, and financial services firm. In addition to earning a Bachelor of Arts in English with a minor in Business Administration from Millersville University of Pennsylvania and an Associate of Science degree in Liberal Studies from Montgomery County Community College, Marissa also holds various security and insurance licenses. A native of the Harleysville and Souderton region, she now lives in Lancaster, Pennsylvania with her husband, William. Marissa is an avid arts and culture fan and regularly attends performances at the Fulton Theater and sets the goal of seeing a Broadway show at least once each year. Marissa will be working with us based out of The Candy Factory, a co-working office space in historic downtown Lancaster. 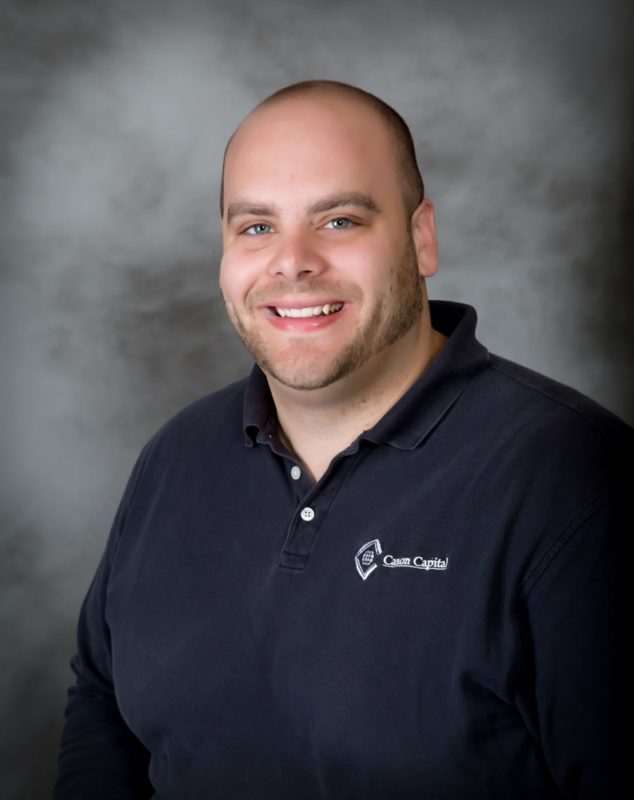 Brandon started with Canon Capital in November, 2012.  Prior to Canon Capital, Brandon was a graphic designer and an in-house tech and traveling tech for a nationwide company.  He earned his BA at Messiah College.  Brandon enjoys volunteering at Calvary Church in Souderton as a musician and sound engineer.  Brandon and his family reside in Hatfield. 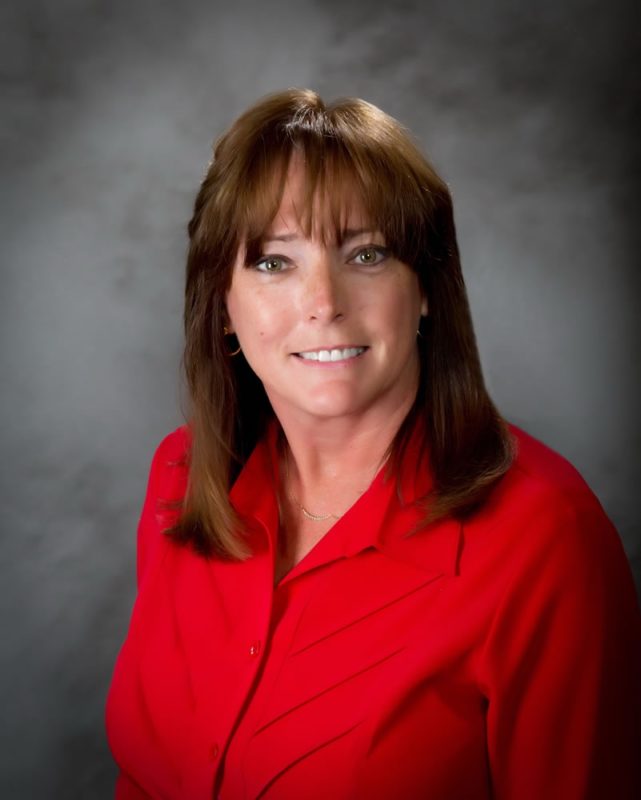 Denise joined Canon Capital in 2001 as part of the tax season support team.  In 2008 she joined Canon Capital in a full-time capacity as the Billing Coordinator.  Prior to Canon Capital Denise was a travel agent for 10 years.  She graduated from Allentown Business School with an Associate’s Degree with a specialized study in the travel industry.  She is a member of Bucks-Mont Mothers of Multiples Club, and volunteers with Manna on Main Street, the United Way, and Indian Valley Chamber of Commerce.  She resides in Hatfield and has twin sons.  Denise loves to travel and be outside as much as possible whether it’s target shooting, golfing, biking, walking, or watching Philly sports teams.

Phil started with Canon Capital in 2012.  Prior to Canon Capital he held positions as a Cost Accounting Manager, Director of Administration/Assistant Secretary-Treasurer, Manager of Corporate Tax, and Corporate Secretary/Manager of Shareholders Services for a well-known local company.  He also has worked as a tax preparer for several CPA firms.  Phil has an Accounting degree from Peirce College and attended Philadelphia University.  In addition, he belongs to the National Society of Accountants, PA Society of Tax and Accounting Professionals, National Association of Tax Professionals, and Family Offices Group.  He is also involved with Indian Valley Faith Fellowship Church, Bucks-Mont Coalition for Evangelism, Indian Valley Chamber of Commerce, and Hatfield Chamber of Commerce.  Phil lives in Harleysville with his wife and has three children and six grandchildren.  In Phil’s spare time, he enjoys playing softball, hunting, fishing, walking, hiking, working out at the gym, and attending his grandchildren’s sporting events. 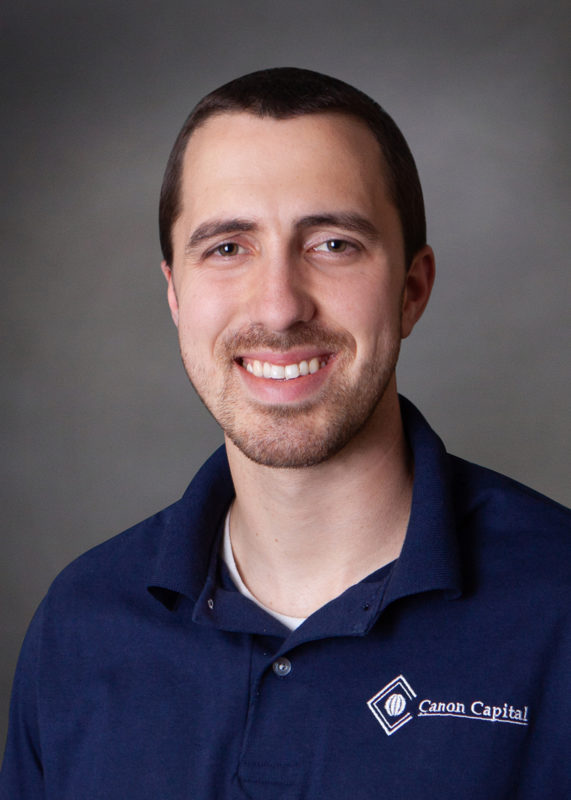 Andre Leatherman has been working in the IT field, in help desk support and troubleshooting, since 2014. Andre joined the Canon team in February 2019 as a PC Networking Technician. He resides in Souderton where he enjoys spending time with his wife, their family, as well as playing piano, guitar, and drums, talents he frequently shares while volunteering on the worship team at Towamencin Mennonite Church. 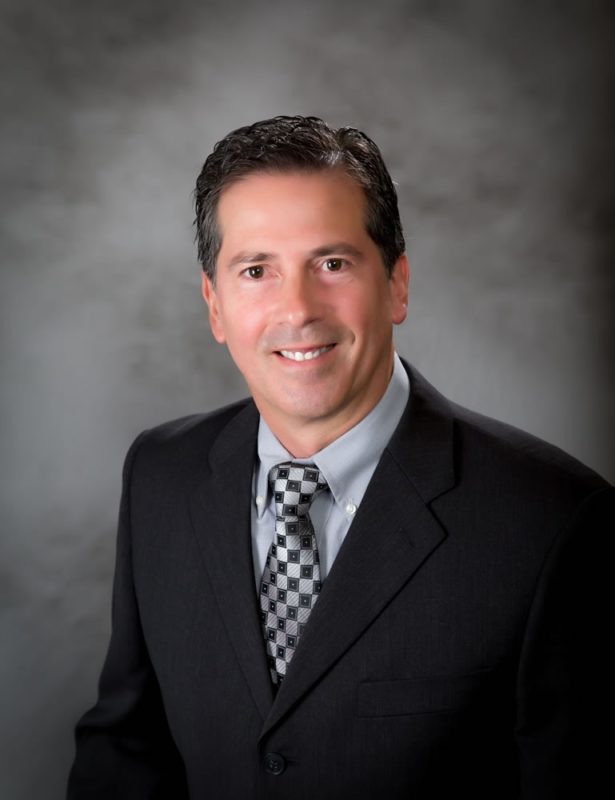 Steve has been with Canon Capital since 1999 and has been practicing in public accounting for over 30 years. He received his BS in Accounting/Business Management with a minor in Psychology from Eastern Mennonite University. He is a member of the American Institute of Certified Public Accountants (AICPA), the Pennsylvania Institute of CPAs (PICPA), the National College Advocacy Group and the AICPA Tax, Personal Financial Planning and the Forensic and Valuation Services sections. Steve specializes in personal and business tax, estate and trust tax planning and preparation, foreign tax issues, personal financial and college planning services, and business tax planning. He also has significant experience in church, non-profit, and private foundation tax areas. In addition to being a CPA, he also holds the Personal Financial Specialist (PFS) designation, the Chartered Global Management Accountant (CGMA) and the Certified Specialist in Estate Planning (CSEP) designation. Steve and his wife reside in Souderton. Steve has three children and enjoys traveling, playing sports, gardening, and bicycling. 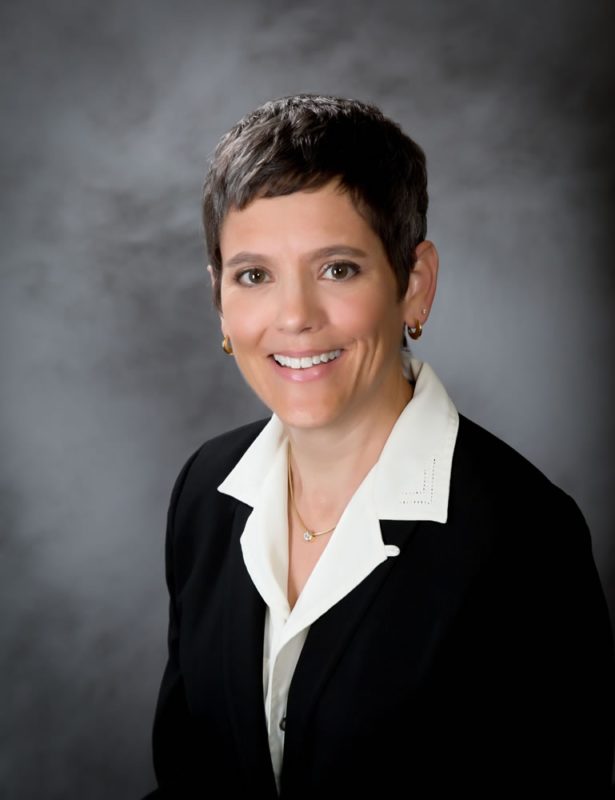 Georgia joined Canon Capital in 1993. Her experience as an auditor at three CPA firms over 30 years afforded her exposure to many different not-for-profit, government, and for-profit entities, such as private schools, senior centers, mission and church organizations, civic organizations, social services agencies, retirement communities, pension plans, local government units, local government pension plans, real estate developers, real estate agencies, and manufacturing companies. Georgia received her BS in Accounting from Messiah College, holds a Chartered Global Management Accountant (CGMA) designation, and is a member of the PICPA and the AICPA. She serves in a volunteer capacity with Bridge of Hope National, Souderton Brethren in Christ Church and the Big Red Band Boosters. Georgia resides in Souderton with her husband and two sons. She enjoys reading, playing the flute, and traveling. 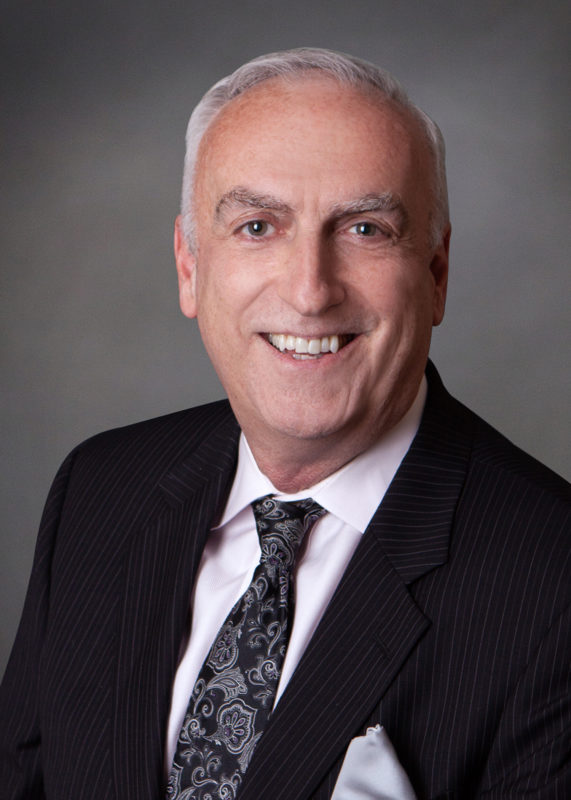 William (Bill) O’Neill started with Canon Capital in January 2018 as one of our seasonal tax preparers and is now a Senior Accountant. Bill earned his B.S. in Accounting from Villanova University followed by becoming a CPA. His background includes 20 years in Public Accounting and 12 years as the Controller in the golf course industry. He resides in Telford where he enjoys home projects and yardwork. A car buff, Bill also spends his free time traveling, walking or running, and watching sports, especially basketball. He also is a community volunteer with the West Rockhill park system. Bill is a member of AICPA (American Institute of Certified Public Accountants) and PICPA (Pennsylvania Institute of Certified Public Accountants). 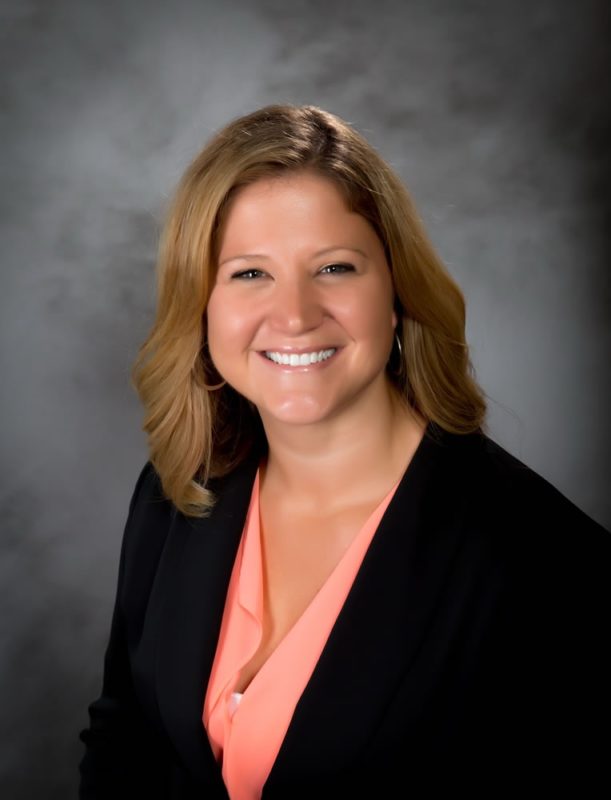 Jen Norman joined Canon Capital in 2008. She earned a Bachelor’s Degree in Business from Gwynedd Mercy College and began her career as a branch manager for a local bank. Jen enjoys expressing her creative side as a cosmetologist and Mary Kay consultant. She is an active participant in cancer-fighting fundraiser events such as the Breast Cancer 3 Day and The Relay for Life. Jen and her husband reside in Red Hill with their two daughters. Jen loves to spend time with her family and friends and vacationing at the shore. She also enjoys reading, volunteering at church, and working out.